India has experienced steady economic growth for more than 10 years, similar to China. As India continues to position itself as a world power. India’s billionaires have also become some of the richest people in the world. India’s number of billionaires almost doubled in 2009 and increased again in 2010. In 2015, India has 100 billionaires (in USD).

Top 5 countries with the most billionaires – Click here to find out more:

India is a great country. India is the seventh-largest country by area. India has over 1.25 billion people. It is the second-most populous country after China (1.38 billion people).

We all have seen how prosperous China has become for the past 10 years or so. As an Indonesian, it is amazing for me to see the potential of a country with a huge population. India is another “China”, and it is worth learning from them.

Top 10 countries with the most population – Click here to find out more:

China’s production capability has proven to the world how a country with a huge population can accelerate economic growth greatly when the mindset is shifted to capitalism.

I believe a strategic location is usually one of the key winning factors for any business.

As we can see above, India is located between three of the most populous countries in the world, such as China, Pakistan, and Bangladesh (at the right side, written as BANG).

This has been discussed in my previous post, which invites you to think differently, to imagine the businesses that will last the toughest time: What would you invest in during world war 3?

Now, let’s see what we have got below.

Mukesh Ambani is the richest man in India. He received inheritance from his father who founded Reliance Petroleum. He has continued to build the empire and made Reliance Industries the most valuable company in India. Reliance Industries is a major player in the petrochemical, oil and gas industries. Ambani’s brother Anil also received inheritance from the family business, Anil is the second richest man in India.

Dilip Shanghvi is one of the richest men in India. He is the founder and managing director of Sun Pharmaceuticals. In 1997, Dilip acquired Caraco Pharma, a struggling American pharmaceuticals company, with the aim of expanding Sun’s reach in the United States and turned them around in no time. The US company now accounts for 60% of Sun’s revenue. He also acquired Israel’s Taro Pharma in 2007. He has made Sun Pharma the fifth largest company in the global generic drugs market.

Azim Hashim Premji is an Indian business tycoon, investor and philanthropist. Azim Premji is the chairman of Wipro Limited. He grew Wipro in four decades to be one of the global leaders in the software industry. Premji owns 73% percent of Wipro. He also owns a private equity fund, PremjiInvest, which manages his $2 billion worth of personal portfolio. In 2013, he gave away 25 percent of his personal wealth to charity and has also pledged to give away the rest of 25% in the next 5 years.

Srichand Hinduja and his brother Gopichand moved to London in 1979 to develop the export business; Prakash manages the group’s finances in Geneva, Switzerland while the youngest brother, Ashok, oversees the Indian interests. Under the leadership of its chairman, Srichand, today the Hinduja Group has become one of the largest diversified groups in the world. Four brothers who control multinational conglomerate Hinduja Group, which is co-chaired by London-based siblings Srichand and Gopichand, are betting on what they believe is a newly resurgent India and are looking to buy infrastructure assets.

Shiv Nadar is an Indian tech pioneer and philanthropist. He is the founder and chairman of HCL and the Shiv Nadar Foundation. He is the co-founder of the HCL Group. He gained most of his wealth from HCL Technologies. Nadar founded HCL in the mid-1970s and transformed the IT hardware company into an IT Enterprise over the next three decades by constantly reinventing his company’s focus. In 2008, Nadar was awarded Padma Bhushan for his efforts in the IT industry. Nadar, since mid-1990s has focused his efforts in developing the educational system of India through the Shiv Nadar Foundation.

Nine members of the Godrej clan work at the 118-year-old Godrej Group,a consumer-goods conglomerate chaired by Adi Godrej. The group was established by lawyer Ardeshir Godrej, who gave up his profession to make locks in 1897. He launched the world’s first soap product made from vegetable oil in 1918. Thereafter his brother Pirojsha took on the mantle and went on to acquire a vast parcel of land in suburban Mumbai that remains the family’s biggest asset to this day. Godrej family is in sectors as diverse as real estate, consumer products, industrial engineering, appliances, furniture, security and agricultural products. 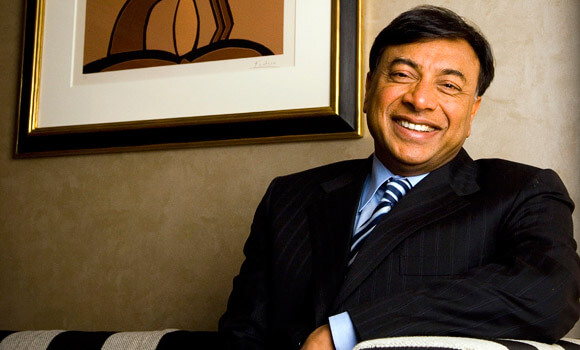 Lakshmi Mittal is one of the richest billionaires in the world. He is the owner of ArcelorMittal, the world’s largest steel producer. ArcelorMittal has operations in 60 countries and increasing. Lakshmi Mittal came to Indonesia in 1976 and founded PT Ispat Indo in Sidoarjo, East Java. He purchased struggling steel factories and transformed them into successful factories. From there, he built his empire around the world.

India’s vaccine tycoon Cyrus Poonawalla is the chairman of Poonawalla Group, which owns Serum Institute of India. Serum Institute is an Indian biotech company that manufactures paediatric vaccines. It is also the world’s largest vaccine producer by number of doses produced. Poonawalla is investing to expand Serum’s capacity to make a range of new vaccines, including one for dengue.

Kumar Mangalam Birla is an Indian industrialist and the Chairman of the Aditya Birla Group, one of the largest conglomerate corporations in India. The group is India’s third largest business group. Kumar Birla is the fourth generation of Birla clan, has chaired Aditya Birla Group, named after his late father, for more than 2 decades.